Jeaniene Frost, author of the ridiculously awesome Night Huntress series, made her official tour announcement a few days ago on her website…

If you haven’t read the Night Huntress series, for SHAME!  Move over Bella & Edward, it’s all about Cat & Bones!  Jeaniene, now that you mention Team Bones slap bracelets, I am fiending for one!  Hook a girl up so I can represent!!  *wink*  Seriously though, if anyone finds out where to buy a Team Bones or Team Kougar slap bracelet, post here and let us know!

(these are all designs available on various items at PrintFection… tshirts, mugs, mousepads, etc) 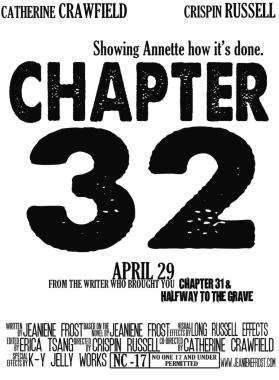 If you haven't read Ch32 of One Foot in the Grave, don't cheat... just read it and be properly scandalized! 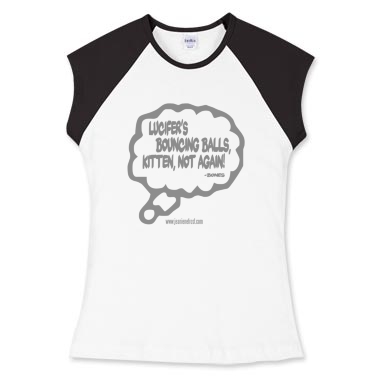 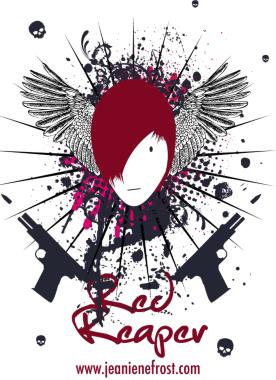 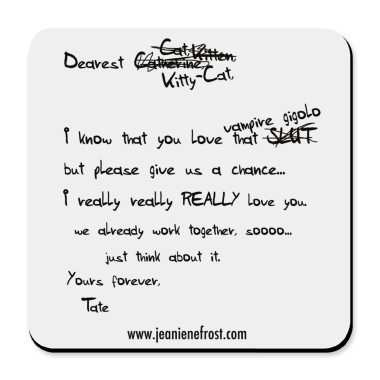 Okay!  Now that I’ve promoted the hell out of Cat & Bones, I want to say that the Feral Warrior series is also really great.  It’s one of my other most-enjoyed series.  I haven’t done any reviews of it yet, but I will probably do Kougar’s book that comes out in a little less than a month.  A new Cat & Bones book AND a new Feral Warriors book releasing on the same day?!   Pure paranormal bliss!  Here are the next two books to look forward to, both releasing on February 22nd:

Have you seen the new Cat & Bones cover for Up From the Grave?
Read More
1376

The Hero Chronicles: Babes Who Slay
Comments
Leave a response

Preview of Cat & Bones #5, This Side of the Grave
Follow GraveTells on…
Praise for GT
"I love this site…I’m always finding new and exciting books to read." ~ Cindy
The new, improved PODCAST

Spotlight & Excerpt: The One You Can’t Forget by Roni Loren #BookR...
66

Got the post-Olympic blues? Here are four steamy gay romances to take the edg...
267
View All
Compare
Go
GraveTells Romance